It’s Monday morning and the start of a year 7 English class at Highbury Grove school, a large comprehensive in north London. The students have been played the soundtrack to a film and hands are creeping up as they are questioned about the role background music plays in setting the mood.

Answers are tentative, but as the pace picks up, their vocabulary strengthens with discussion of “foreshadowing” and “transition” and “perspective”. Encouraged by their young hipsterish teacher, Lewis Green, who tells them that “just because I challenge you it doesn’t mean you’re wrong, it just means I want you to explain more”, their answers become longer and more eloquent. By the end of the class, well over half the pupils have their hands up, bursting to speak.

An ordinary, lively English lesson? Not quite. Hardly a word has been put to paper. The emphasis of this lesson, in a school in which 70% of students are in receipt of pupil premium, is on speaking skills. The approach is based on the work of consultant Martin Robinson, author of two books that attempt to bring classical principles to modern comprehensive education, surprise hits in recent years. 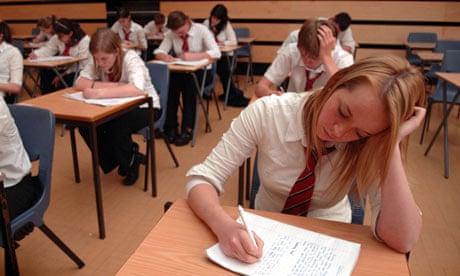 Robinson, who advises Highbury Grove, says: “It is important that young people develop educated opinions, that is, opinions that emerge after exploring and weighing up different sides of an argument.” Robinson believes an educated 18-year-old “should be able to respond to gentle interrogation and not worry when they get to the point of not knowing, relish it even because they can explore and find out more”.

This week sees the launch of a campaign, the Oracy Network, to raise the profile of public speaking in the national curriculum, backed by the English Speaking Union (ESU) and involving, among others, Peter Hyman, founder of School 21 in east London and an enthusiast for the cause. Too many schools still don’t seem to know about the benefits of encouraging pupils to be confident speakers, or haven’t integrated oracy into other parts of the curriculum. A new studypublished today by LKMCO thinktank, reports that provision is patchy. “Few schools evaluate the quality of pupils’ verbal contributions in lessons, or communicate with parents about the quality of these contributions.”

The report says 57% of teachers say they have not received training in oracy in the past three years, and 53% would not know where to look for more information if they needed it.

For Duncan Partridge, of the ESU, the government’s much-criticised 2013 decision to remove speaking and listening assessments from GCSE English grades has proved both “a threat and an opportunity”. “It’s a threat because schools in the current climate don’t tend to concentrate on what isn’t being assessed. But it’s an opportunity because students taking GCSE English will still get a separate speaking and listening certificate, which gives schools a chance to develop their oracy work.”

Nick Gibb may quibble – the schools minister was reported to have described attempts to develop classroom speaking as “encouraging idle chatter [pdf]” – but evidence of the link between oracy and higher attainment is firmly established. Neil Mercer, of Cambridge University, who has researched the subject, says: “Children who were taught the art of reasoned discussion significantly improved their scores in maths and science. They also increased their scores on Raven’s progressive matrices test, a standardised psychology test of non‑verbal reasoning.”

According to a paper by the influential Education Endowment Foundation, pupils who participate in spoken language interventions make approximately five months’ additional progress over a year, and such interventions are listed among the top 10 most effective methods of improving teaching.

But what of that daunting distance between research and practice? How do you persuade sassy adolescents wedded to their smartphones to become persuasive public speakers? 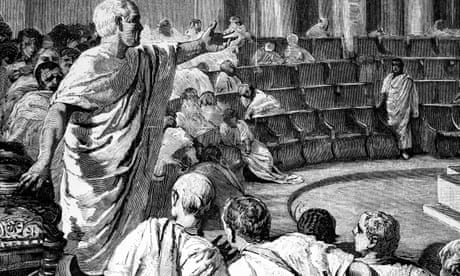 Tom Sherrington, headteacher of Highbury Grove, and the school’s director of oracy, Andrew Fitch, approach this with gusto. Commonsense rules for speaking are pinned up around the school, urging pupils to mind their slang and reject double negatives. A soapbox project runs through years 7 to 9 for which every student has to deliver a three-part persuasive speech to an audience that includes parents. “Of last year’s year 8, 192 out of 198 did their public piece and there were some fantastic contributions,” says Sherrington. Sixth formers must give an oral presentation as part of their extended project qualification.

Students reluctant to give a formal talk are encouraged to build up their arguments through one-to-one discussion “doing it again and again until it’s better”, says Fitch, who is also co-coach to England’s winning World Schools Debating team, sponsored by the ESU.

But it’s not only students who need encouragement says Sherrington: “Teachers often think, they don’t have time. There’s so much content to get through. We tell them it’s not an add-on, it’s part of the pedagogy.”

Fitch adds: “There’s a lot of learning where students don’t actually have to verbalise concepts but it’s useful.” He describes teaching An Inspector Calls, when a student couldn’t say the word “vigorously”. “He knew the word perfectly well, he just couldn’t get it off the page.” Fitch made him repeat it until he could.

Sherrington has a similar story about a year 7 maths class where pupils were finding it hard to say “denominator”. “They were using substitute, vague terms like the ‘numbers at the bottom’.” He adds: “Every year group has its particular challenges. With some older pupils, it’s not the speaking out that’s the problem. They can be confident, cocky and loud, feel obliged to act up a bit. So I say to them: ‘Your challenge, guys, is actually to play it straight.’”

At Highbury Grove the experiment is in its early stages. But watching that year 7 group, hands stretched high by the end of the lesson, it’s also not difficult to believe, as Fitch says, that “students adapt quickly if they know speaking is something expected of them right from the start.”

This piece first appeared in the Guardian on November 8 2016