“I no longer want what I used to want,” Marina Benjamin declares somewhere towards the end of her lucid and sophisticated exploration of what it means for a woman to turn 50 in a culture that glorifies youth and encourages us at every turn to “disguise … deny … disown” the process of ageing. Single-word chapter headings – Skin, Muscle, Guts, Spine – speak to her promise to bring “the body back into the frame at every turn”, although what she discusses roams far beyond and beneath the merely physical.

For Benjamin, the body is the first port of call in seeking understanding, and forcing brute truths on us. A hysterectomy in her late 40s propels her into “middle age all at once” – leaves her dry-haired and grey-skinned, an exhausted insomniac wandering the streets feeling herself to be in the “slipstream” of humanity. Her father’s death precipitates an extended period of frenetic exercise until injuries force her “to look elsewhere for survival techniques”, and the realisation that “mourning and ageing require a classier sort of attention”.

Benjamin finds no consolation in the popular “Fifty and fabulous!” genre of self-help books that mistake “morale boosting for genuine empowerment” and fail to distinguish “self-knowledge from self-satisfaction”. Despite having turned to oestrogen herself, she is scathing about the “blunt hammer of misogyny that taints the entire history of HRT”. Instead, she looks to literature, offering us a detailed reading of Edith Wharton’s underrated late novel Twilight Sleep, which predicted the “machine age” anxieties and scientific management of time that now besiege us all; she also admires the “absorbed coping” of the ever-inventive Colette in later life. 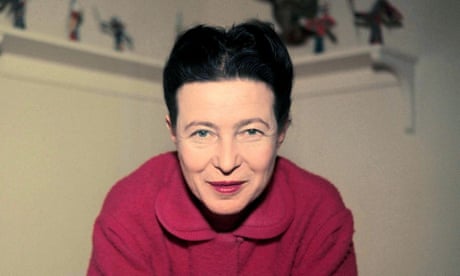 Benjamin’s central argument, that one must face loss and sadness – “the reconciliation of the ego to the true self, shadow-side and all” – in order to age authentically, seems right to me. But is it bracing honesty or a form of melancholy defeatism to casually describe 50 and beyond as “over the hill”? Older women may indeed turn to a more “generative” role, helping and guiding others, but there is a risk here of underplaying profound cultural, economic and political shifts that have led to a new wave of highly effective women in public life, including, quite possibly, a seventysomething female president of the United States.

For all its interesting examinations of the science, literature and psychology of mid-life, this is essentially a memoir, capturing the poignant changes in the relationships between Benjamin and, among others, her parents, peers and teenage daughter. When one of her closest friends, the academic and writer Kirsty Milne, is diagnosed with an aggressive form of lung cancer, dying just short of her 50th birthday, Benjamin is besieged by feelings of guilt, helplessness and confusion, acutely aware that she has the one thing her friend can no longer rely on: a future.

The Middlepause is a restrained but wonderful guide to the convulsive changes of 50 and over. Whether it is Benjamin’s observation that it’s “the nouns that go” in post-menopausal word blight or her evocation of the “old fever” of conventional ambition, this is a book that yields valuable insights on almost every page.

Jane Miller, a former professor of education, author of several memoirs and explorations of feminism and education, is another refreshingly subtle chronicler of our times, although she did not become a journalist until she was 78, when she was asked to contribute a monthly column to In These Times, a leftwing political magazine based in Chicago.

Most of the pieces are on political or cultural topics, but, inevitably, themes of time and loss run through this volume, particularly given the recent death of “my witty, beautiful husband of nearly 60 years”, Karl Miller, the literary critic and founding editor of the London Review of Books.

There’s a lovely essay on the petty frustrations of life as an older carer. While her husband is visited by “old flames, old poets, old reviewers, old colleagues, old friends, young friends and relations”, one visitor observes to Jane that “Karl is not getting enough in the way of intellectual stimulation, and thought it fortunate that he had sons and plenty of male friends”.

When asked to write about the 2011 royal wedding, she thinks her American editor will want an anti-monarchy diatribe. Far from it, he is a “big proponent of monarchy … in a celebrity culture”. Miller is more gently sceptical of the institution, but describes her relief at getting out of one of the “Fuck the Royal Wedding” get-togethers put on by radical friends and spending a “happy morning watching … the carriages and clothes, hats and bishops” on television.

Formidably well connected as she is (Karl Marx, no less, helped her great-aunt Clara with her German homework), some of Miller’s celebrated friends make an appearance here. Seamus Heaney comes to her English class in a large London comprehensive to discuss his poem “Digging”, which the class had recently been set in an exam. In an interview with Eric Hobsbawm just before he died, the two old friends make connections between the Arab spring and the 1848 European revolutions, and discuss the imminent demise of capitalism.

Miller’s politics are firmly left of centre. She deplores the wreckage of state education and the NHS under recent governments, the decline of welfare and the rise of intrusive journalism, and cheers on Occupy and Jeremy Corbyn. But she also reads Tolstoy in Russian, reproves Hilary Mantel for supposedly being unkind to Kate Middleton, and beautifully captures the strangely euphoric day in 2014 on which family and friends scattered her husband’s ashes on a hillside south of Edinburgh.

This is a remarkable collection, a reflection not just of a later life well lived, but a distinct political and personal sensibility. Far from being “over the hill”, Miller is one of a growing and inspiring tribe of female elders who stand right on the peak, taking a wry, wise and witty view of all they survey.

This piece first appeared in the Guardian on June 23rd 2016
← Into the Lion’s Den
Well, that didn’t take long did it? Responding to Theresa May on grammar schools →