Ann McKelvey enjoys her job as a cover supervisor at the Co-op academy, a secondary school in Leeds. She loves the school, where she has been since 2013, and working with young people, but deep down she has always wanted to be a teacher. “The problem was I didn’t have A-levels,” she says. “And I suffered from impostor syndrome, always coming up with 101 reasons why I couldn’t achieve what I wanted to.”

Everything changed in 2016, when McKelvey was offered the chance to do a literacy taster course called Return to Learn, provided by her union, Unison, in conjunction with the union learning fund (ULF), a national government-funded partnership between unions and employers. “I really enjoyed it,” says McKelvey. “The tutor hadn’t gone to university until he was 40. I looked at him and thought, ‘Well, he’s been there, done it’. That inspired me to think I could do the same.”

McKelvey took a foundation course in special educational needs, an area of particular interest, and is now studying for a degree at Leeds University one day a week, and working for the other four. She has a clear goal in sight: to become a teacher at the school where she works.

“If I hadn’t done that first course, I wouldn’t have gone on to develop as I have, or do my degree,” she says. “I now have a vision of what I want to achieve, and how to get there.”

Chris Gurdev, 37, has an equally inspiring story. In his late twenties, he was working as an assistant manager at the Sunbury-on-Thames branch of the Yorkshire building society. Learn representatives, and Aegis, his union, encouraged him to take courses in leadership and management and, with his employer, to practise these skills at work and in the community.

Eventually he became a chartered member and fellow of the Chartered Management Institute. He now works as a skills coach for Oxford Applied Training, a job he speaks of with passion. “I never thought I would be where I am now. If it wasn’t for ULF, I wouldn’t be able to do what I love.”

McKelvey and Gurdev are among the quarter of a million men and women who have benefited every year from the ULF, established in 1998 to provide courses in partnership between employers and unions, and supported by government ever since.

But successes like theirs may soon be a thing of the past. Last autumn, without debate, the government announced it would be shutting the union learning fund from March 2021, saying it needed to “prioritise resources in these challenging times”. The ULF costs the government a relatively paltry £12m a year.

The government’s skills white paper, published last month, focuses on an “employer-led” system and concentrates on high-grade technical education. Its national skills fund will provide free tuition for adults up to A-level standard if they take courses in certain sectors, including engineering, health and accountancy. But it excludes a long list of sectors, including some hit hardest by the pandemic, such as tourism and travel, sport and the performing arts, and many people will not be eligible because of level 3 qualifications, some acquired decades ago. The white paper does not mention unions. 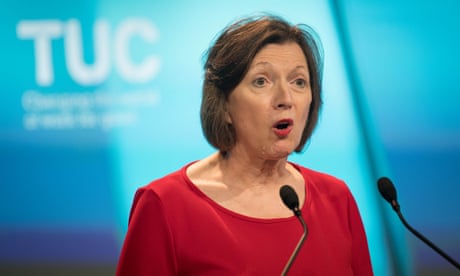 Now campaigners are making a last-ditch effort to save the union fund. The TUC has drawn support from across the political spectrum, including dozens of local councils, as well as big employers including Heathrow Airport, Tesco, Tata Steel and CrossCountry rail. Kevin Rowan, the TUC’s head of learning and skills, is adamant that there “is still hope, because the evidence in its favour is too strong to ignore. And when the vaccine rollout finally ends the pandemic, the government will want programmes with proven track records to rebuild the economy”.

Teresa Donegan, head of learning at Unison, the country’s biggest union, says the value of the ULF has been the range of workers it has helped, from white collar workers who need to upgrade their digital skills, to cleaners needing help with English “to understand health and safety instructions”, to giving workers in care homes access to courses on dealing with loss, run by Cruse, the bereavement charity.

The education select committee, in its recent report on adult learning, called on the government to reverse its decision. And the shadow education secretary, Kate Green, has described the fund’s closure as “nonsensical” in the current climate. “The pandemic is wreaking havoc with the jobs market,” she said. “This is a programme any government should be proud to support, not brushing aside.’

Support for the ULF has been cross-party for more than 20 years, although different governments have shifted its emphasis. Every year, a government-union agreement has defined the desired outcomes. These began with basic skills, after the 1999 Moser report found far too many workers could not read or write well. The unions then encouraged the Department for Education to include continuing professional development for white-collar staff, but during the past few years the DfE has withdrawn this aspect of the scheme, saying such people could look after their own development. That steered the ULF back towards improving functional skills among the lowest paid and least skilled.

A 2018-19 study by Unionlearn, the learning and skills organisation of the TUC that manages the ULF, and the DfE showed that every £1 invested in the fund produced an economic return of £12.30. More than three-quarters of employers that have taken part report a positive return on their investment.

An independent evaluation of the ULF by Exeter and Leeds universities confirmed that most learners would not have undertaken education without the support of their union.

The evaluation also showed the scheme increased union membership: 20% of learners surveyed were not union members before they started their course, and almost half (46.2%) became a union member as a result of their experience. A third of all union learners reported becoming more active in their union.

Critics say this is what the government does not like and that the closure is motivated by spite for trade unions. Toby Perkins, shadow minister for lifelong learning, says: “This is a political decision by a secretary of state who would rather settle scores with the trade unions than work with them constructively.”

Last autumn the government announced investment of £2.5bn over five years for a “lifetime skills guarantee”. However, as the Institute for Fiscal Studies points out, the money, £500m a year, will reverse only a fifth of the cuts in government spending on adult education and skills over the past 10 years. Employer-provided training has fallen by 60% since the mid 1990s.

Donegan fears that government proposals will directly affect many of her members, especially those “traditionally disadvantaged learners who are locked out of educational and employment opportunities, the time-poor and the digitally excluded”.

This is certainly the experience of Penny Grimsditch, who works at Fox’s Biscuits in Batley, West Yorkshire. Grimsditch has slowly improved her literacy and general education through ULF-backed courses, achieving a City and Guilds level 2 qualification in English in 2020, the equivalent of a GCSE pass, and subsequently taking several mental health courses that have made a big difference to her life.

She says she could not have returned to learning any other way. “Evening classes are great if you are free on a Thursday night. But I never was, not with shift work, and bringing up four children.” Instead, Fox’s released her an hour early from her morning shift or let her start an hour later on her evening shift.

Donegan thinks the government will come to regret its decision to axe the fund. “But by the time they realise their mistake, it will be too late. We will have dismantled our infrastructure, that careful house of cards that has been built over so many years. And employers and employees will suffer alike.”